Set up your business in France

The U.K has officially left the European Union on January 1st 2021, but not before that a trade deal was made between the two entities this past December.

What does it mean now for your British company, if you want to continue to trade with other European countries, and how can you optimize the costs and process with these new regulations due to Brexit ?

A solution would be to set up your business operations, with a fiscal representation, within France for example. Thus,  it would facilitate your trade with European countries and allow you to sell or buy products and services on the European market.

What type of legal form is to be considered ? Well, these are the options to look at : the entity (as an agency or a branch) and the subsidiary.

It is not a new legal identity, but an extension of the foreign parent company. A light structure, easy to set up and inexpensive which can be used to represent the parent company’s business in France. It represents the first step in settling down on the French market and making contacts. If the relations are positive, then subsequently you might consider converting it into a branch office or a subsidiary.

It serves to build up business relations with French and U.E partners, to arrange advertising in various media to present products and services, but also to take part in trade fairs ad even open a showroom.

Although, an agency cannot carry out commercial deeds (only the parent company can issue invoices and sign commercial contracts).

Also, there is no need to apply for a K-bis, which is a certificate of incorporation with the RCS (Trade and Companies Register) given by the Tribunal de Commerce (Commercial Court). Except maybe to open a bank account, pick up registered letters at the post office, open a new phone line or buy a mobile phone.

It is considered as a stable entity, which carries out all or part of the activities of the parent company without having its own specific legal identity (independent management but remaining legally tied to the parent company).

Its legal structure enables to do the followings in France and within the U.E : manufacture, design and sell.

As opposed to an agency, commercial deeds (i.e. orders, invoices, delivery, export, etc.) are authorized for a branch, and commercial contracts are negotiated and signed by the legal representative.

A subsidiary is different from the first two legal forms. It is a completely new legal entity, ruled under the French law and whose parent company brings at least 50% of the capital, whatever the nationality of the other partners.

The aim of this type of company is to pool production means or services with a view of making a profit.

The legal structure generally is a :

Formalities for a company creation or transfer must also be done. The French procedures might not be familiar to you and could be even more time-consuming than you think when handled by yourself.

At DomaParis, we can handle these formalities for you. We offer you our expertise in company registration and carry out all the applications and files by ourselves to provide you with a personalized quality service.

Among these formalities, you need to domiciliate the company, which means that you have to find an address for the headquarters. By choosing a domiciliation company as your headquarter’s address, you are choosing stability for the name of your company, but also in the eyes of your clients who will refer to only one location, even if you need to change your business premises location several times.

Moreover, choosing a domiciliation address in Paris comes with many benefits. One of them being to profit from a prestigious brand image.

We're not around right now. But you can send us an email and we'll get back to you, asap. 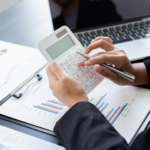 All about the Business Property Tax (CFE)Uncategorized